To Say Nothing of the Hitman: Romance and Sci-fi meet the comedy of errors

Every April the Gutter switches things up. This month Screen Editor alex writes about Romance.

I admit to being a romantic, but I don’t have much experience with romance novels. Like most teenagers, I had a knack for finding the dirty bits in any likely looking books I could find on the shelf, and at one point in the distant past I read all of Barbara Michaels’ supernatural romances, but that mostly summed up my experience with the genre until my wife introduced me to Jennifer Crusie. I think I might now have read more of her books than my wife has.

I really enjoy her solo novels like Bet Me, Welcome to Temptation, and Faking It, but last week, when I needed something to read that wouldn’t weigh me down on the bike ride to work, I grabbed my favorite, Agnes & the Hitman. It’s her second collaboration with suspense and military sci-fi writer, Bob Mayer, and it’s good, slightly dirty fun. 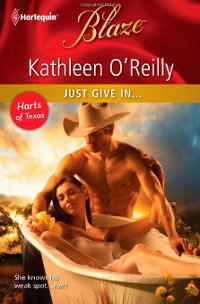 I work in a bookstore and one of my jobs is to strip covers off the Harlequin romance returns, which means I get to see a lot of absurd and (un)intentionally funny titles. Several stand outs are How to Marry a Millionaire Vampire (it’s really worth reading the synopsis), Just Give In (featuring the ubiquitous cowboy and a woman in an inexplicable outdoor bathtub) and Innocent Wife, Baby of Shame (argh. just argh.) To an unseasoned romance reader like myself, it wouldn’t have been immediately obvious that Agnes & the Hitman was any different, but it is.

So what makes Agnes a great read?        The story is over the top, hilarious madcap. It’s a comedy of errors in a way that reminds me of Shakespeare’s A Midsummer Night’s Dream or Mozart’s Marriage of Figaro, if only they had involved the Mob and a whole truckload of pink plastic flamingos. It also makes me think of the wild collaborative stories that fanfic writers create in a round robin:

writer A: So she’s driving the pickup full of dynamite down a one way street…
writer B: when suddenly a huge grizzly bear rears up in front of her and she swerves through the plate glass window of a bridal store…

I’m sure this isn’t how Crusie and Mayer actually wrote the book, but somehow I imagine them sitting at a table laying out the plot points over pints of beer, each saying “right, yeah, and then this crazy thing happens…”

For me, Jenny Crusie is to romance what another of my favorite authors, Connie Willis, is to science fiction. Their novels either lack or transcend the formulaic conventions that are often enjoyable to fans of a genre but off-putting to readers who feel reluctant about it, and they’re both such good writers, with such well-drawn and relatable characters, that I recommend their books to everyone regardless of whether they like romance or sci-fi.

Connie Willis has won multiple Nebula and Hugo Awards, most recently for her truly excellent novels Blackout and All Clear, but the book that caused me to draw a parallel with Agnes & the Hitman was To Say Nothing of the Dog. It’s also a comedy of errors, although where Agnes evokes a Mob-related soap opera, To Say Nothing is like Jane Austen with time traveling academics.

The main science fiction element in Connie Willis’ novels is the conceit that fifty years from now, time travel has been established and is used as a study tool by university history departments. Graduate students are dropped back in time to whatever period they are writing their thesis on, where, naturally, they have to be very careful not to have any disastrous effects on the course of history. In To Say Nothing of the Dog, a 20th century historian with little knowledge of the 19th century gets stuck going to Victorian England to search for an unknown object called “the Bishop’s Bird Stump” in an attempt to correct for an error that would change the outcome of World War II. Hijinks ensue.

Willis’ writing works for a wide audience because she introduces one fantastical element and then has everyone behave in a way that seems reasonable to expect people might if that element became part of our everyday reality. It’s like, “Okay, now we can fly in planes. Okay, now we can talk on cell phones, now we have the internet, now we have time travel.” Combined with her sense of humor and the research she does for the historical fiction aspects, novels like To Say Nothing are not easily formulated or pinned down and that makes them really interesting to read.

As for Jennifer Crusie, the primary way I see her novels differing from more traditional romances is that she doesn’t sacrifice characterization to advance the romantic relationship. Her heroines are life-sized women with meaningful friendships, believable flaws, generally good personal boundaries and a strong sense of self. They give as good as they get, and they refuse to let falling in love disrupt the bonds they have with their friends and chosen family.

In Agnes & the Hitman, cookbook writer and food columnist, Cranky Agnes, makes her share of mistakes, but she manages to fend off multiple mafia attackers with her frying pan, rehabilitate one of them,

foil a convoluted conspiracy, restore her dilapidated house, plan and cater her best friend’s daughter’s wedding, have fantastic sex with the hitman from the title, and feed everyone involved meals that make your mouth water. ‘Cause she’s a woman, W-O-M-A-N.

Crusie’s books work for a wide audience because her characters behave in a way that it seems reasonable to expect real people might if faced with the kinds of events that occur in a romance novel. This is, in my (admittedly limited) experience of the genre, less common than one might think. The events and conceits are clearly informed by romance conventions – it still comes down to getting the happy couple together –  but the heroines and their friends respond in ways that are recognizable, like ‘I can’t believe this is happening, it’s like something out of a ridiculous romance novel! We should eat some lunch, because no one thinks straight on an empty stomach.’

alex macfadyen once got a fortune cookie fortune that said “an empty stomach is not a good political advisor.” He stuck it to the fridge door for reference purposes.