Read everything you wanted to about the Watchmen movie? Let us wrangle you a little more. Marc Hirsch argues for the comic as its own form and Andrew O’Hehir is shocked to be writing that it “way out-darks The Dark Knight and immediately leaps near the top of […] 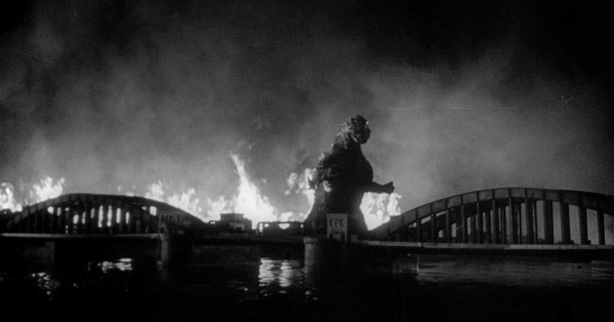 Would You Let Your Daughter Marry Godzilla?

When Godzilla first waded out of the ocean to trample Odo Island in 1954, he was a monster for the times, serious as radiation poisoning. Japan was still rebuilding in the wake of WWII. Wartime traumas were still fresh. The bombings of Hiroshima and Nagasaki were only nine […]

A while ago I watched some Godzilla movies with some people who don’t exactly appreciate the aesthetics of suitmation / kigurumi, or, in less technical language, a guy in a rubber suit. One of the things I like best about Godzilla movies is that as soon as I […]