Dressing It All Up

For someone with a well-documented history of cowardice, I really like Hallowe’en. Yes, the holiday comes replete with ghosts and ghoulies, and a porous boundary between the living and the dead. It produces scads of creepy costumes, and an endless supply of horrible slasher films. But to all that I […]

By some strange quirk of timing and location, I am currently involved in or gearing up for three different elections at once.  On the federal front it’s just a by-election to fill a recently vacated seat: it is the least visible and strident of the three. The provincial […]

The Many Faces Of Man. Or Rather, Men.

Alex’s excellent article last week prompted Gutter Overlord Carol to suggest we each use this month to write about masculinity in our own particular capacity. Having been by odd coincidence right in the middle of reading The Male Brain by Louann Brizendine (a fascinating look at the physical […] 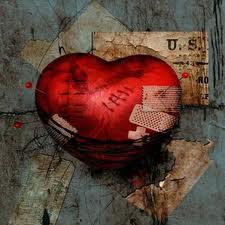 The Measure Of Success

I’ve been thinking about heroes and archetypes again (which is not actually news: story archetype is a sandbox in which I happily spend a lot of time). Feels like it’s everywhere these days.  A few weeks back I was on a panel at the World Fantasy Convention that […]

Romance and sports don’t mix. That’s the conventional wisdom, anyway. It’s one of those weird rules, hidden and unarticulated, that seem to underly any given genre. It’s a tenet that gets passed down to new writers, not as gospel so much as in the form of a mild […]