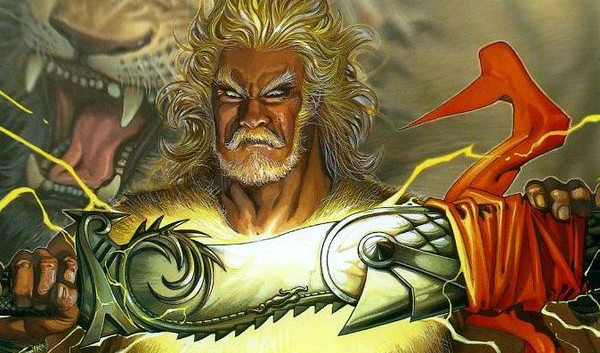 The Many Forms of Louis Cha’s Condor Heroes

Jet Li’s Chang Mo-Kei has been struck by the Jinx Palm, blocking his chi, destroying his ability to perform kung fu and causing him to need constant infusions of chi from Taoist priest Chang San-Fung (Sammo Hung). But Chang can only be cured by a massive infusion of […]

The Gutter’s own Carol writes a little about Run Run Shaw, Shaw Brothers and TVB.  “So often we talk about history as this disembodied thing, these external events. And then there is someone like Sir Run Run, who contained almost the entire arc of modern entertainment in his […]

Film and television producer Run Run Shaw has died. Sir Run Run founded Shaw Brothers with his brother, Run Me Shaw. They produced hundreds of films in all genres, but were best known for their revolutionary kung fu and wuxia movies. Shaw also produced myriad television programs for […]

Johnnie To Kei-Fung and Ring Lam Ling-Tung remember their mentor in the Hong Kong television and film industry, Wong Tin-Lam.

Veteran Hong Kong actor, producer, writer and director, Wong Tin-Lam has died. His work in tv and film spans the 1950s through the 2000s. Gutter readers are probably most familiar with Wong’s work for Johnnie To and Wai Ka-Fai like The Mission and Election (as well as comedies […]