Murder in the (Fantastical) Big City 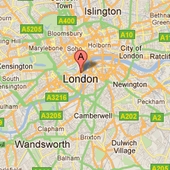 Let’s smash some genres together! Today it’s urban fantasy meets the murder mystery, and, at first glance, it’s a meeting of true minds.

When there’s a mystery to be solved, it’s almost always a sleuth who works in a highly recognizable location, and generally a real-world spot. And the murder rate is higher in the big city, so those have appropriate representation in the genre.

Urban fantasy, by definition, takes the nebulous world of the fantastic and moves it to a real-world location. While the plot often has a murder mystery element, my own impression is that the plot business is most often generated by encounters with the supernatural/paranormal, whether those encounters are of a sexual nature, or related to a family saga, or a musical journey, or so on.

So the fit seems like a natural one, and I have two books to talk about here.

The first one is Midnight Riot by Ben Aaronovitch, also known by its original UK title of Rivers of London (which is a far more apt title for the book at hand). Aaronovitch has worked in television, and a TV influence on books is not normally something that bugs me (I don’t mind a visual and briskly-paced plot). However, the TV connection feels a bit too strong; Midnight Riot is easy to gulp up in big gulps, but when you stop to notice the flavour, it’s all too familiar.

Our hapless hero, Peter Grant, is a copper in the good old Metropolitan police force in London. He’s working a crime scene, when a witness appears to give him the scoop. That witness happens to be a ghost, so he gets dragged into an anti-paranormal branch of the police due to his sensitivity to such things. He has to train his magical sense, he’s in over his head. Etcetera. It’s like CSI and the X-Files thrown into a blender with every Harry Potter cliche.

I always find it interesting how much time these paranormal books have to spend differentiating their particular forms of supernatural flora and fauna from previous iterations. The main plot of Midnight Riot runs on some neat genii loci (“spirits of the place”) speculation, but Aaronovitch is careful to throw in a chapter early on where those creatures whose names start with v and rhyme with dire, as Grant puts it in the narration, have taken over a rowhouse. Grant and his new boss check the scene carefully, then depart moments before their phosphorus grenades take down the whole building. “And that, ladies and gentlemen, is how we deal with vampires in old London town” (p.102) indeed.

I also like how aggressive Aaronovitch is in portraying London itself. Every street corner gets a nod, and you never know when the spirit of that place will become important. London gets lots of billing in fantasy and science fiction and horror, but I can’t think of another book that is so in-your-face about its London-ness.  It even outdoes the Moore/Campbell From Hell comic book, if that’s to be believed.

Next up is The City & the City by China Mieville. Mieville gets a lot of mileage out of stashing lowbrow bric-a-brac in narratives that somehow signal their highbrow intent, so he often ends up messing with genre in intriguing ways. The City & the City takes place in a fantastical Eastern European city – no, make that two cities, logically enough from the title, but that share the same geographical space. The citizens of Besźel and the citizens of Ul Qoma somehow overlap in everything without ever seeing or touching. Or more accurately, breaching of the barrier might happen, but there are fairly severe and extraordinary consequences from the near-omniscient power known as Breach. A murder happens over there, then the body gets dumped over here, and all the underbelly of the two societies gets revealed. The blender this time around contains a police-procedural Kafka by way of Borges; higher-brow than Midnight Riot‘s antecedents, but no less excessively familiar for all that.

Part of the problem is that Mieville has to do all the hard work of creating a believable fictional place, because he’s borrowing the murder mystery elements that seem to demand that kind of emplacement within a city. In this sense, Aaronovitch had the easier path: he has all of real-world London to play with, essentially a gift from geography and a long history of other writers having fun in the same playground. Mieville has to start from scratch with his “realism” of setting, and the effort shows in awkward ways. Aaronovitch has a fun pulpy plot in a real world location, all pretty straightforward, while it seems like Mieville has to bolt a dull-as-dishwater murder investigation onto a bizarro world setting to make it all balance out.

I liked The City & the City, and I’m a fan of Mieville’s work in general (I would highly recommend looking around for his novella “The Tain”). Unfortunately, in the back of my mind, I have a nagging sense that the police procedural expired a while ago, and both of these books flog that particular deceased horse with varying degrees of enthusiasm. Aaronovitch runs up against the fact that TV shows did more than their share in the dirty deed (are law enforcement, and to a lesser extent doctors, really the only people who lead interesting lives??) and his TV-flavoured book suffers as a result. For Mieville, I think the case is worse, since he’s trying really hard to make it all add up to something, Kafka/Borges style, but his building material makes for a weak foundation.

To look at it from another angle, perhaps the two genres being mashed together were too close to begin with, and the end result too familiar for that reason.