As I said this time last year, I like back to school season.  I love the energy of it.  I miss the sense of anticipation, of knowing I had lots of new things to look forward to.  At least, usually I do.  Perhaps I’m just feeling particularly curmudgeonly this season, or maybe summer was just too busy.  But for some reason, looking ahead past Labour Day this year all I can see is a long dull grind.  Bah.

So in an effort to caffeinate my mental state, I’m going to write about students in Romance. In other words: the heroine and hero meet because one needs to learn something from the other (yes, last year I wrote about teachers.  But education is like a highway:  it goes in both directions).   Hopefully exposure to so many stories about the desire to learn will rub off on me.  Inspiration is catching, you know.

This was the first of James’ novels.  It was originally written as a screenplay — and I think it would make an excellent movie – but it works delightfully as a novel.  It stars Taylor Donovan as the heroine, a sophisticated lawyer from Chicago who recently transferred to LA to help a firm win a particularly tough case.  Taylor is very smart, very driven, and very well dressed.  She’s also the new kid at the 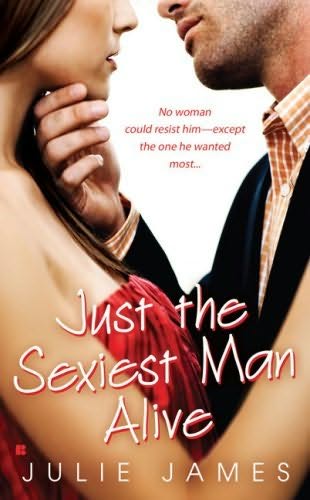 firm.  So when hugely famous movie star Jason Andrews decides he wants someone to coach him for an upcoming courtroom drama, she’s the sacrifice.  The two strike sparks off one another from the very beginning, and it only gets more fun from there.

Part of what gives this book it’s oomph is how unimpressed Taylor is with the whole thing.  Not that she feels no nervousness –Jason is bigger than Brad Pitt in his pre-domesticated days – but she’s more irritated at having to give up valuable work time (or even more rare free time) to cater to the whims of a celebrity.  The culture shock of North-meets-LA adds depth.  Jason, for his part, is truly serious about learning to do it right. He gives Taylor’s coaching his full attention, absorbing the details and attitudes with the dedication of a truly gifted actor.  It’s that focus that makes Taylor realize Jason isn’t just another pretty face.  A smart, sexy read that manages to be real instead of glib.

I’m cheating a bit with this one: the characters don’t meet because one needs to learn something from the other, but learning is an integral part of their relationship.  Lady Regina Tremaine is wealthy, stylish, and has refused so many proposals that the ton calls her La Belle Dame Sans Merci.  She is a city sophisticate through and through.  Then she meets Marcus North, Viscount Draker.  Rough, gruff, and wildly impatient with society’s rules, he is Regina’s opposite.  Brought together when their siblings begin courting, they soon find themselves enmeshed in a courtship of their own.

It’s new territory for both of them.  Marcus’s past is not pretty, and he still bears the scars.  Regina, on the other hand, desperately wants to conceal from her well-read husband that she is illiterate.  Or, as modern readers will recognize, dyslexic.  It’s a disability that has shaped her entire life;  if you think there’s a stigma attached to learning disabilities now, you should see how they were perceived back then.  The scene in which her lack of reading is revealed is difficult and moving.  It’s also a turning point in their relationship, because Marcus begins to realize that he may have something more to offer than he ever dreamed.

Amanda Briars is a novelist.  It’s a bit unusual for a woman of her time, but not unheard of, and still respectable.  She makes enough to support herself in comfort and quiet style. She is also unmarried and turning thirty.  In an era when women usually married around eighteen, she’s practically a senior citizen.  Though she has little interest in losing her livelihood and independence to a husband, she 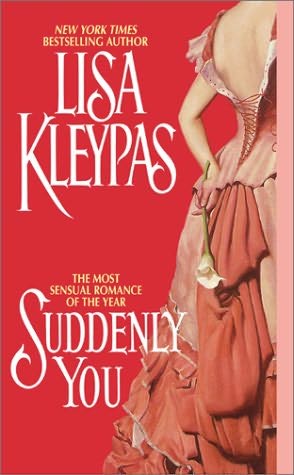 does want to learn about men.  Specifically, about sex.  So she makes an arrangement with a brothel madam, and hires a man as a gift to herself.

The man who appears at her door on her birthday is Jack Devlin.  He is handsome and vibrant, and not, in fact, a prostitute.  Instead, he is a brash young publisher/businessman who tracked Amanda down for her authorial skills.  He convinces her to work with him by a judicious mixture of flattery and blackmail.  In the process, he furthers Amanda’s education in ways physical, emotional, and intellectual.

This could have been a sly, wink-wink, nudge-nudge sort of premise: in Kleypas’ talented hands it becomes a lot more.  As usual, the book is filled with the implications of class striations and boundaries, set in a time they were starting to fray and break.

This is the first of Roberts’ entertaining Stanislaski series. Natasha is the eldest daughter of the tight-knight Stanislaski family.  She used to be a dancer, and is now the owner of a vibrant and colourful toy store.  Every semester she takes a course at the local college.  This time up it’s Music History, taught by composer Spencer Kimball, a man she recently met and turned down, in part because she found so attracted to him.

But Spence won’t let Natasha hide from her feelings.  He introduces her to his young daughter (who, much later, gets a story of her own), and helps Natasha realize that she has been hiding from her past pain, instead of moving on from it.  For a brief category novel, it packs quite a punch.  And it sets the stage for the rest of the Stanislaski family.

As usual, Roberts’ sets new standards with this book, and with the whole Stanislaski series. Written for Silhouette Books in the early ‘90s, the books were something a first in that they dealt directly with the immigrant experience.  This one also features a composer as a main character, at a time when ‘artistic’ professions were considered unsellable.

Ferris Byrd is about to learn several things from John Patrick Blackheart.  Such as: how to case joints; how to pick locks; how to burgle tall buildings from the top down.   She doesn’t exactly want to learn these new skills, but once she’s in Blackheart’s orbit, she can’t help it.  And she has to admit, they do come in handy.

Blackheart isn’t an international jewel thief, at least not anymore.  Now he heads a security company.  Ferris Byrd is co-ordinating a major event for the moneyed and powerful in San Francisco, the centerpiece of which will be a display of fabulous, and priceless, jewels.  When the jewels go missing, Blackheart is blamed.  But he didn’t do it. And he needs Ferris’ help, and all his old law-breaking ways, to prove it.  During their various capers, he also encourages Ferris to stop hiding behind her tidy yuppie persona, and reclaim her real identity:  adventurous, emotional,  messy Francesca.

Books like this are the reason people still have a fondness for cat burglars. Written for Harlequin in 1985, it still holds up today.  Stuart writing is lush and layered, with details that add to, rather than detract from, the story. The technology may seem quaint, but the emotional kick is as resonant as ever.

Chris Szego is facing the new school year with a little more optimism.  Hey, it worked!