Filmmaker Ken Russell has died at the age of 84. The extremely prolific Russell’s films include:  Tommy; The Harry Palmer film, Billion Dollar Brain; Women in Love; The Music Lovers;  The Devils; Altered States; Crimes of Passion; and Lair of the White Worm.  The Guardian has an obituary […]

Listen to Fresh Air‘s interview with Maurice Sendak about his secret stash of work, death, this time that is for him and him alone and his favorite lines in his new book, Bumble-ardy

Oh my stars and garters, Orson Scott Card has rewritten Hamlet and called it, Hamlet’s Father. via @houseinrlyeh and @pornokitsch)

Adult Swim has a video interviewing a group of Venture Bros. cosplayers who attended San Diego Comic Con as The Monarch, Dr. Girlfriend and Dr. Mrs. The Monarch. There’s also a little bit of Rusty Venture. 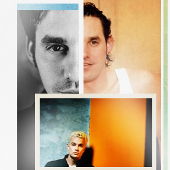 In the year 2001 I discovered a magical world. Not Harry Potter (that was a few years later) and not the Internet (although it was responsible), but a world that captured my attention and hasn’t let go ten years later. It has to do with fanfiction; unpaid fiction […]