As soon as it realizes you’re querying about spooky podcasts The Black Tapes and Tanis, Google offers to autofill “is real,” but here’s a big, big spoiler: they aren’t. Pacific Northwest Stories, the radio show credited with spawning both The Black Tapes and its spinoff Tanis, never existed. But you […] 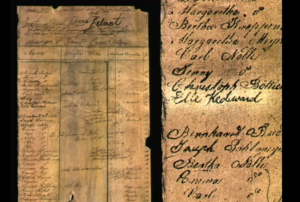 One of my favorite things about mortal existence is when TV programming goes pumpkin-spiced in the fall. Not just the buffet of special Halloween episodes and, perhaps perversely, chopped-up broadcast versions of horror movies*, but the glut of compulsively-watchable spooky reality shows…if you can call heavily-edited tall tales […]

Dread Takes Many Forms: Reading the Entrails of The Witch.

What follows is a discussion of the film The Witch, the award-winning 2015 feature from writer-director Robert Eggers. I will be swooping through the story, and then rooting in its unbaptized innards, with consequent spoilage. If you want to watch the movie first, and it’s a good ‘un, […]