No Future For You

No one loves zombies. For one thing, they don’t invite intimacy. They come packaged as a horde, as featureless as they are numberless, and their hunger has none of the seductive cachet  of a vampire’s thirst or the tragic compulsion of a werewolf’s fury. Even the poor, loveless […]

“Tiny Hamster is a Zombie!

Steel your heart for the impossible cuteness of Tiny Hamster’s zombie apocalypse!

“What Shipping Richonne Taught Me About Racism”

At Black Girl Nerds, Sharon shares some things she learned about racism and fandom while shipping The Walking Dead’s Michonne and Rick. “I’m not going to erase race from the conversation of where so much anti-Richonne sentiment stems from so that other people can pretend that fandom is […]

Graveyard Shift Sisters interviews science fiction and horror writer, V. H. Galloway. about her new book, The Un-United States of Z, her experiences with travel and her advice for a young Black geeky girl who wants to be a writer. A Failure To Communicate: the Newfangled Zombies of Pontypool

I probably shouldn’t fret too much about spoilers discussing Bruce McDonald’s 2008 film Pontypool. The movie’s tagline, “Shut up or die,” is arguably a spoiler. And the novel it was based on, Tony Burgess’ Pontypool Changes Everything, has been around for 20 years. My personal bias is that […] 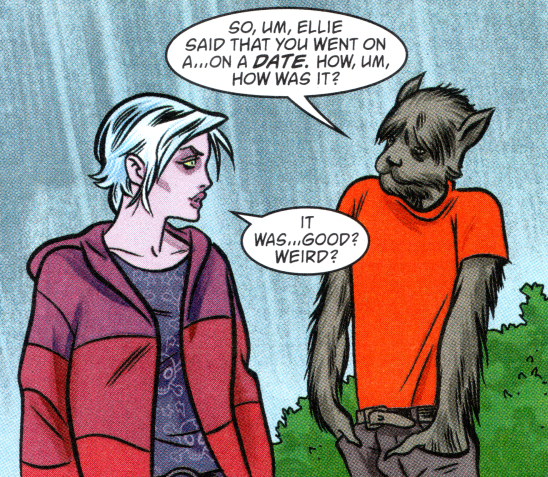 All Apocalypses Are Personal

I’ve been watching the CW television series iZombie and thinking of few things. Like, how glad I am that it’s not a faithful adaptation of the comic iZombie. And whether all apocalypses, even zombie ones, are personal. And I can’t help wondering if my zombie fatigue has gone […]

“Let’s Talk About The Women Of The Walking Dead”

At Bitch Media, Sara Century wonders why Michonne isn’t in charge and considers which medium is better for the ladies of The Walking Dead: comics or tv. “As I was thinking about the numerous questionable writing choices made with these could-be-so-great female characters, I got to wondering, which […]