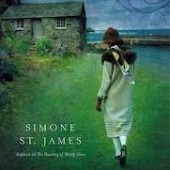 These Are A Few Of My Favourite Things

I always enjoy writing a ‘Best Of’ column, and this year it’s particularly timely. Not only do I work in retail (which is category 5 insane right now) but my week also included a bicycle accident and a broken water main. Frankly, I needed some happy time. It did me good to think about and/or  re-read the books I liked best this year.  Here are a few of them.

Julie James manages to get me every time. As I pick up each book, I think, “Lawyers. Right. I dunno…”  And every single time, I end up absolutely engrossed. Not so much in the details of the law (though I’ll admit, in James’ hands, even that becomes interesting), but in how passionately the characters are devoted to the practice of law. It’s what makes the passion between the two of them possible. 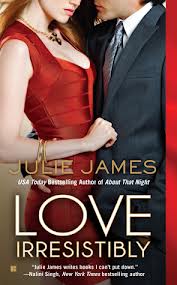 We met Assistant US Attorney Cade Morgan, before, in one of James’ previous books (and in fact, he was pivotal in yet another, though we didn’t get to know much about him in that one). This time, he needs a favour. Cade is tall, dark, handsome, and a former college football star:  all attributes that give him a certain amount of star status in the legal world. To his credit, he’s aware of it, and tries to use it only rarely. Unfortunately for him, one of the occasions he tries to use it is when his office needs a favour from the Brooke Parker, the general counsel for a giant restaurant company.

Brooke is prepared to the US Attorney’s office a favour, but she refuses to take any crap from Cade (or anyone else) while doing so.  She helps Cade set up an investigation in one of her company’s restaurants, and they begin to get to know one another. James handles that process beautifully: readers watch  two strong-willed become not only attracted to but also truly fond of one another.

Which is good because a family tie Cade never knew about, in the form of a half-brother named Zach, is about to show up and blast open the doors to a past Cade’s kept closed for decades. And Brooke ends up faced with a business choice that could change everything about her life. It’ll take both of them working together to get through.  James’s characters are always real, even if they’re glamorous, and one of the things that makes them real is just how hard they work. Brooke and Cade are both of them dedicated to and very good at their jobs. Which makes seeing them discover that they both want more than just work in their lives that much more rewarding.  Loved it.

I put off reading this book for months. Not because I thought I wouldn’t like it, but because I knew I would… and then it would be over and I would be sad.

Firebird is actually two love stories: one modern, one historical.  The modern story is about Nicola Marter, an art historian who is also psychometric, though she tries to hide that part of herself. When she touches a small statue of a firebird that belongs to a desperate client, she realizes that the client is right: the small bird used to belong to Catherine, the wife of Peter the Great. But Nicola’s gift is not strong enough to give her more than a glimpse of the past. To see more, she needs help. So she heads up to Scotland to find Rob McMorran, a man of considerable psychic gifts, with whom she was once in love. From whom ran away, unable to deal with her own mental abilities.

The first part of the book just about killed me with the sweetest, most powerful reading nostalgia I’ve ever had. Because Rob McMorran was the charming psychic child at the heart of Kearsley’s wonderful book The Shadowy Horses.  And now here he is, all grown up and a police officer.  Together, Nicola and Rob travel from Scotland to France to Russia, trailing the story of the little firebird and the woman who owned her.

That’s the other, historical story: of Anna, who ended in up in St. Petersberg during Peter the Great’s rule, and Edmund O’Connor, whom she meets in the house of her employer. Anna also appeared in one of Kearsley’s earlier books, The Winter Sea, though she was less central to it than Rob was to Shadowy Horses.

It was always a wrench to switch stories, from past to present or the reverse, but that’s the mark of a good storyteller.  I found myself wishing that Rob had ended up with someone who said more than just “I can’t, I can’t” all the time, but part of Nicola’s arc is learning to accept everything about herself, even the skills she can’t explain.

A lovely, lovely book. And yes, I was sad when it was over.

Royal Airs is the follow-up to Shinn’s 2010 book Troubled Waters, which I adored. I loved this book too, though it’s very different. And that’s because the people at it’s heart are also different, in tone, aim, and outlook.

The people of Welce take their blessings from one of the five elements. Josetta, princess and former heir to the throne, is elay, air.  Rafe Adova, a former farm boy turned gambler, has no elemental affinity at all. It would seem unlikely for the two to meet, let alone fall in love. But they do meet, thanks to the impulsive nature of Josetta’s sister Corene whom Rafe saves from a dangerous situation.

The falling in love takes longer, for good reason. Rafe is trying to figure out what kind of man he wants to become. Josetta, who struggled to find her own way, is trying not to be swallowed up by her past. It’s that sense of striving that  first connects them. Their world is changing, and they are rising to meet it… though that meeting is more portentous than either could have imagined.

I love Shinn’s work in general, and this is no exception. All I want from her is more, more, MORE!

Simone St. James, An Inquiry Into Love And Death

I talked about this book earlier, so here I’ll merely say that I truly loved it from start to finish.  Read it. Go on, I’ll wait.

I also want to briefly mention St. James’ first novel, The Ghost Of Maddie Clare. Though it was published in 2012, I didn’t read it until after I inhaled and was so delighted by Inquiry, so I’m counting it as new to me.  It is another story about ghosts, and love, and the profound sense of displacement suffered by the witnesses and survivors of war. Powerful stuff.

Ward’s ‘Black Dagger Brotherhood’ is addictive and habit forming. It’s book crack (or rather crahck – there are a lot of extraneous ‘h’s in Ward’s books). Those of us happy to be addicts have been waiting for this particular story for a while: the story of John Matthew’s two best friends and bodyguards, Qhuinn and Blaylock.

Through the rest of the series we’ve watched Qhuinn and Blay grow up, from fragile, asexual  pre-transformation boys into powerful and deadly vampires. They were always friends, always had each other’s backs. And Blay has always been in love with Quinn. In Ward’s previous book Qhuinn realized, too late, that the reverse was also true.

It’s not only a coming-out story, though that element is there, and wonderful: it’s a story about becoming more than the sum of your damaged parts. About realizing that the mindset that helps your survive might not the same mindset that helps you flourish – may, in fact,  get in the way.  It is seriously hard work, and painful, for Qhuinn to let go of some of his beliefs and behaviours. But he does, and the rewards make the pain worth the effort.

Ward also layered in lots of suggestions for where the next book in the series might take us. Will it be the assassin? The Shadow? The would-be King from the Old Country?  I can’t wait to find out.  For sheer overwhelming satisfaction of desires met, problems overcome, realizations made and families discovered, this just might be my pick for book of the year.

Chris Szego wishes you Merry and Happy, and reminds you that only morons drink and drive.