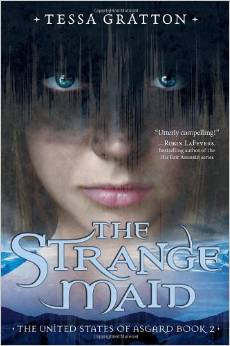 I talk a lot. This comes as zero surprise to anyone who has ever met me. But it’s not just a personal preference. No, really! It’s also pretty much required for what I do. I run an independent bookstore: talking to customers is a large part of my job. […]

All The Gin Joints

I’m going to flat out admit I know very little about the Roaring Twenties. What little I do is mostly cribbed from still images  and movies like Chicago. You know: jazz! Drinking! Dancing! More drinking! Guns! And did I mention drinking? Not exactly what you might call a rigorous examination […]

For Worse And For Better. But Mostly Worse.

Now is the summer of our discontent… We’ve finally gotten down to actual summer weather in the last two weeks. So of course I spent the last two weeks without AC as I dealt with a series of cascading electrical problems. One complete power shut-down later, things are finally […]

By some strange quirk of timing and location, I am currently involved in or gearing up for three different elections at once.  On the federal front it’s just a by-election to fill a recently vacated seat: it is the least visible and strident of the three. The provincial […]

Generally I try to keep my columns from retreading old ground. There are so many great books, authors and ideas out there that it seems a waste to repeat any of them. But today I’m going to revisit Simone St. James. Because… damn. Shropshire isn’t the kind of […]

And They Call It Puppy Love

I own several shares of a cat. It’s not a weird as it sounds. A friend with a cat travels travels a lot, so the kitty spends a fair amount of time with me. She’s spending this week with me in fact, while her owner is off swimming, running, and […]