When to start laughing: Homicidal hillbillies and absurd horror-comedies

Sometimes life is uncooperative. The consequences extend from our highest functions to the lowest corners of the cultural gutter. Here, friends, is the result of my non-compliant life situation: a list of things that make me think of other things, loosely organized around the theme of absurd horror-comedies! […]

Every April at the Gutter, the editors switch things up. This week Comics Editor Carol writes about tv. ‘Ware ye spoilers! “Sometimes I wonder what it would be like for everything inside me that’s denied and unknown to be revealed, but I’ll never know. I live my life […]

Every April, the Gutter switches things up.  This month, Romance editor Chris talks about television.   Confession time:  Until 2003, I had no idea what Dr. Who was. I mean, I knew there’d been a television show with that name.  My Nana used to watch it occasionally.  I […]

Murder and Intuition: Overlooking the corpses in the shrubbery

“It’s very dangerous to believe people – I haven’t for years.” – Miss Marple in Sleeping Murder No matter how you cast it – intellectualized, implied, luridly depicted – murder isn’t nice. CSI upped the ante on graphic visuals of murder victims, spawning a host of procedurals which […] 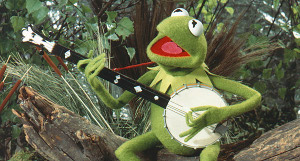 On the value of frightening small children

I remember seeing Hayao Miyazaki’s Spirited Away in the theatre, and I think it holds the record, in my experience, for the fastest time in making a small child cry. I have no idea what movie the child’s parents thought they were taking her to, but I don’t […]