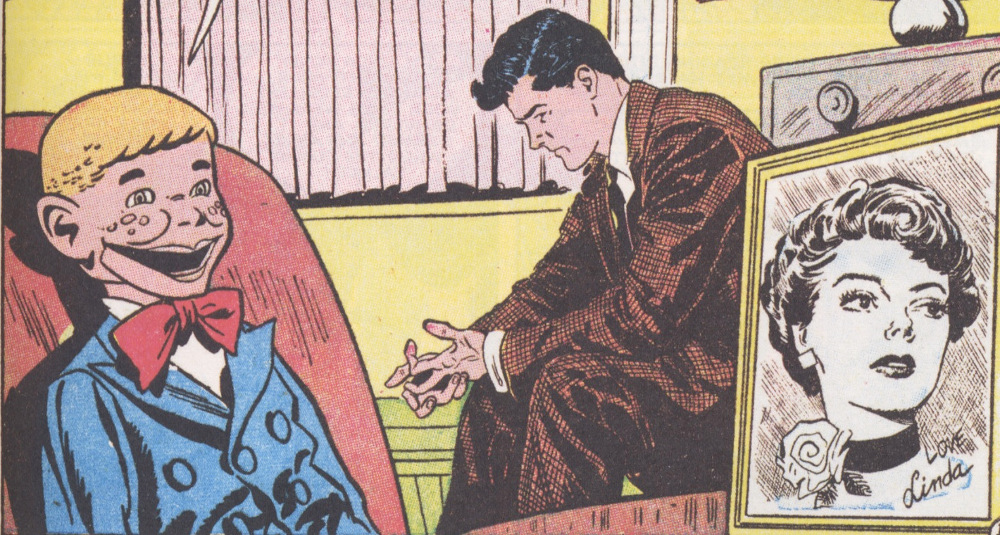 From the Archives: The Gaping, Wooden Maw of Horror wants to Kiss You!

This month, the Gutter’s own Carol Borden followed a black rabbit into the woods. We have heard nought of her ever since, though the townsfold talk of strange lights in eerie sounds, none will go after her. We hope she shall return, but in the meantime, enjoy a […]

The Gaping, Wooden Maw of Horror Wants To Kiss You

Every October I like to write about something spooky. I’ve written about  Frankenstein and Dracula,  dead girls and dread, mummies and mutant sea creatures. This year, I thought I’d write about werewolves, but it didn’t work out. I considered Brian Michael Bendis and Marc Andreyko’s Torso, but Eliot […]

A Hero To Some

“He was a hero to some, a villain to others, and wherever he rode people spoke his name in whispers. He had no friends, this Jonah Hex, but he did have two companions: One was death itself… The other, the acrid smell of gunsmoke…” I’ve meant to write […]