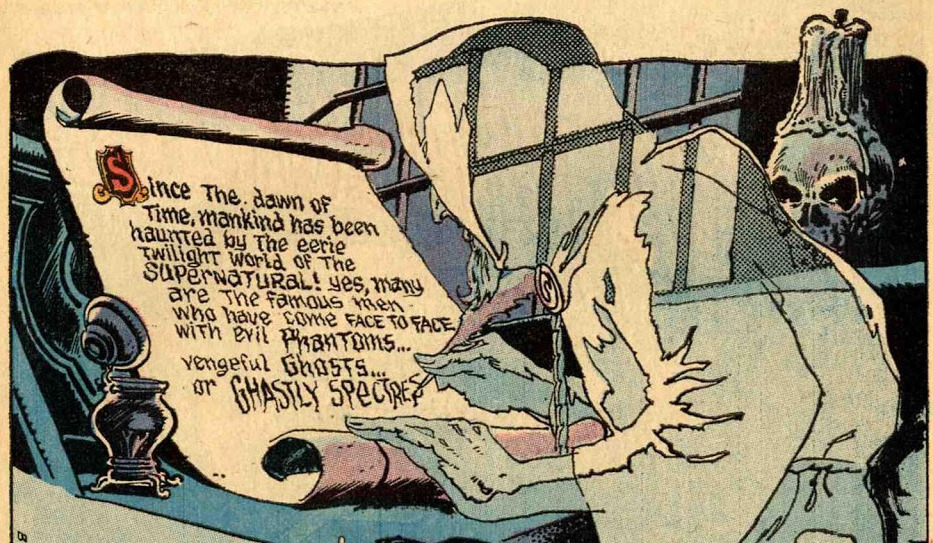 Now Do You Believe in Ghosts?

The veils between the worlds are about to part once more, dear friends, giving us a glimpse of what is normally denied to mortal view and bringing our beloved and not-so-beloved dead among us once more. Perhaps in these darkling hours, these twilight times, you long to hear […]

From the Archives: Dinosaurs, Gentleman Mummies, and Fabulous Hats

The Gutter’s own Keith has opened wide the portal to an ancient and eldritch tomb. The curse is unspeakable. He will return perhaps wise, perhaps with a wild eye and foul claws. In the meantime, enjoy his piece on Adele Blanc-Sec! ~~~ In parts one of my “Heavy […]

“The 100 Sequences that Shaped Animation”

“Inevitably, a list like this can only scratch the surface of an art form unparalleled in its elasticity and capacity for wonder. And yet the sequences included here, listed chronologically, speak as much for the evolution of animation as a medium as they do for themselves. The creators […]

“Sexual Awakening, but Make It Evil”

“Plenty of “dangerously sexy” femme fatales exist in graphic novels, like Poison Ivy, Catwoman, and Amora the Enchantress. While thankfully these characters have been more fleshed out as time went on, that doesn’t change that there’s a certain level of villainization for sexy women in media that extends […]

Screen Editor Alex MacFadyen has made a journey into the wilderness for purposes beyond our ken! He will return perhaps wise and definitely with another piece. ~~~ One of the random questions on OkCupid dating profiles is whose closet you would like to raid, and one of the […]