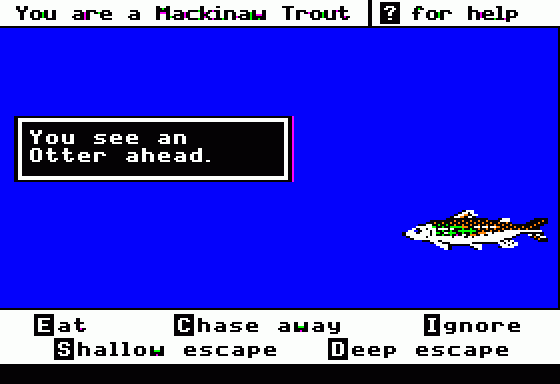 Something Fishy This Way Comes

Ah, the freedom of the open water. We chase it in real life with boats, canoes, and all manner of watercraft, but nothing beats the feeling of the rushing tide over your scales…I mean skin. Video games have been trying to replicate the freedom of the ocean for […]

At Popshifter, friend of the Gutter Sachin Hingoo writes about Yakuza 0! “Sometimes at the expense of actual fun, Yakuza Zero is a period piece, offered up in earnest. Diversions like full renderings of classic ’80s Sega arcade games like Space Harrier, weirdly engrossing karaoke and disco dancing […]

This week’s Guest Star is Sachin Hingoo. Sachin is a Toronto-based writer and editor at biffbampop.com. He has never had a superpower, but would like to think that if he did it would be more interesting than an armoured sweater. ~~~ [Warning: The following contains copious spoilers for […]

Minoru Suzuki: Wrestling’s Greatest Bastard and a Land of Contrasts

This month’s Guest Star is Sachin Hingoo, a Toronto-based writer and editor at BiffBamPop.com. ~~~ What then is a ‘bastard’ for this audience composed in part, we are told, of people who are themselves outside the rules of society? Essentially someone unstable, who accepts the rules only when […]

Friend of the Gutter and TIFF Midnight Madness Blogger Sachin Hingoo writes about the state of wrestling for his “Best of 2016” list at Popshifter. “Fuck everything, right? I remarked to a friend, soon after the reality of 2016’s crushing blows to decency started to set in, that […]