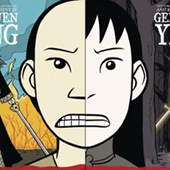 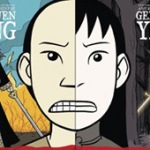 If, like me, you have watched countless kung fu movies, then you’ll recognize this story: a boy goes with his father and elder brother to a local village festival. An ardent fan of Peking Opera, the boy goes off by himself to watch the festival performances. Hearing some commotion, he investigates and sees his father confronting a man who has accused an elderly woman selling steamed buns of cheating him. The boy’s father warns the man to leave, but, instead, the scoundrel strikes the woman. The father defeats the man in three blows and tells him to leave, which he does. The father notices his son and says, “You shouldn’t have seen that.”

But what the boy sees as a warrior straight out of Peking Opera. Inevitably, the scoundrel returns with friends and a European priest. All wear enormous crucifixes. In broken Chinese, the priest demands to know who beat the scoundrel and then takes corn from the father’s market stand as compensation. Worse, the priest smashes a village god’s statue on the ground. No one dares interfere because everyone knows that foreigners have cowed the Ch’ing government.

That night, the village men agree that something must be done. The boy’s father and the local constable volunteer to take their case to the magistrate. They return a day or so later, the constable half-carrying the father. Foreign soldiers beat the boy’s father for not moving off the road fast enough. They never saw the magistrate. The father is disabled by the beating. Flooding destroys most of the village’s crops and livestock. Everything is bad.

A stranger comes to town. He provides free medical treatment. He teaches the village men kung fu. Too young to practice with the others, the boy learns in secret and becomes his sifu’s favorite disciple. The sifu reveals that he is a disciple of a secret martial arts society and that six of his brother-disciples have been unjustly imprisoned. The sifu forbids the boy from joining the rescue party, while secretly giving him a map to a mountain where a sage lives. The sage trains the boy, but the training seems to be all chores. Then one day, grief-stricken by the government’s execution of his sifu, the boy is finally able to realize the power of the sage’s teaching. He founds a secret society, teaching others so that they might fight injustice, practice righteousness and protect the weak. 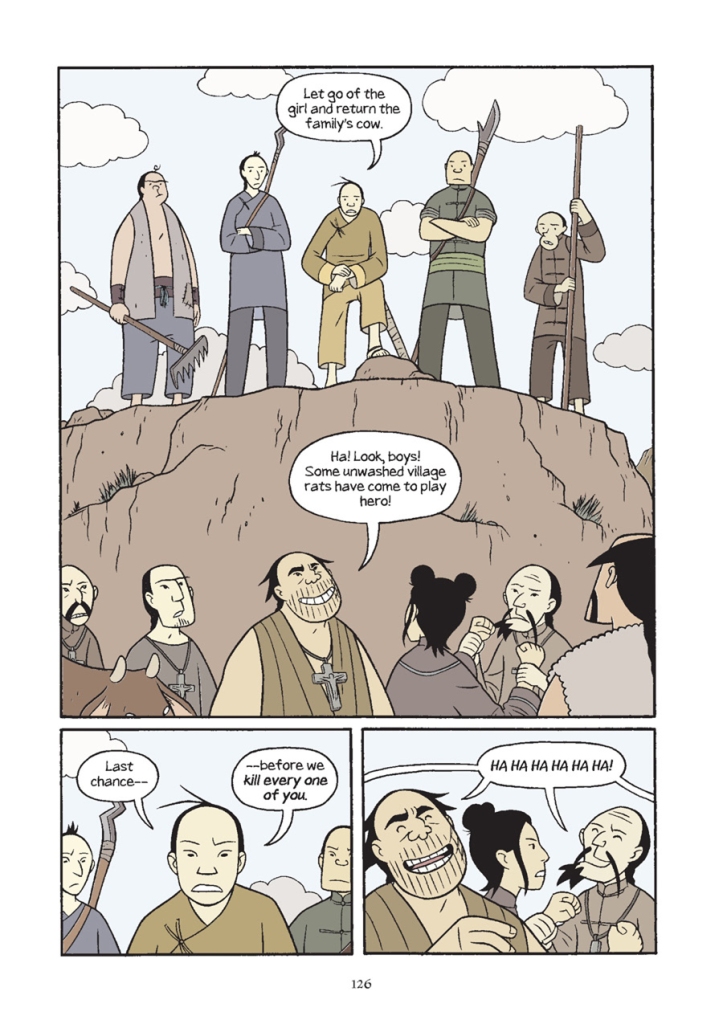 This is how Boxers & Saints‘ first volume, Boxers, begins. In Boxers & Saints (First Second, 2013), Gene Luen Yang tells two characters’ experience of Boxer Rebellion / the Boxer Uprising / the Yihetuan Movement in two volumes. Boxers tells the story of Bao. Bao learns kung fu from Red Lantern Zhu, a brother-disciple of the Big Sword Society. Bao learns the secret of becoming a god from a hermit. He goes on to found the Society of the Righteous and Harmonious Fist and name its sister society, The Red Lanterns. They vow to purify China by driving out the foreign devils and killing “secondary devils,” primarily Chinese Christians. In Saints, the main character Vibiana comes from the same village and lives the same events, but from a very different perspective.  She is a convert to Christianity who flees her family to join a Christian community. Her story directly intersects Bao’s twice. Once when her mother is taking her to see a doctor. And once when Bao’s Society attacks her new town.

Put way too simply, The Boxer Rebellion was a movement against foreign incursion into China and influence on Chinese culture, which is a mild way of saying that the foreign powers repeatedly invaded China, forced importation of opium, burned the Old Summer Palace, rented-to-own Chinese cities and demanded Christian missionaries be granted extraterritoriality. Because of this last, Christianity became appealing to northern bandits hoping to be immune from Ch’ing authority. In Shandong, boxer societies began as a response to Christian bandits and massive natural disasters, then became a movement to “Save The Ch’ing, Destroy The Foreigner,” supported by Dowager Empress Cixi. It was first more a civil war and then a war against the Eight-Nation Alliance that was expediently recast as a “rebellion” afterwards. Hundreds of thousands of people were killed and  Beijing suffered incredible damage. 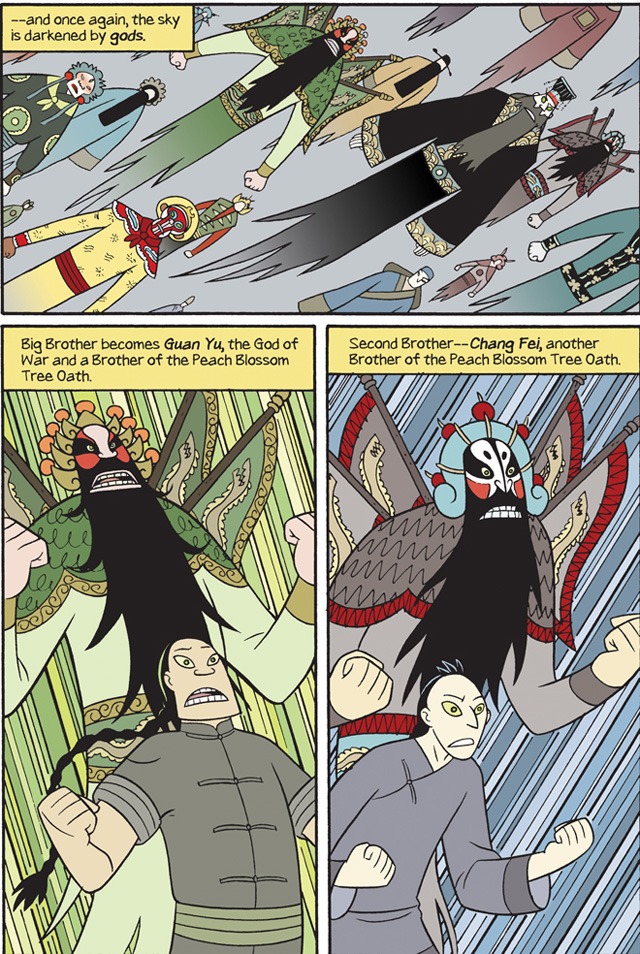 Yang includes bibliographies of resources if you want to learn more.  But Boxers & Saints is about personal experience. It’s one thing to know that the Society of the Harmonious and Righteous Fist practiced spirit possession, it is another to see the sky “darkened” with gods and Bao possessed by Qin Shi-Huang, the first emperor of China. Filled with men transforming into gods, ancient sages and warrior women, Boxers is a colorful book. Vibiana’s story is muted, colored in mostly grays and sepias, save for Vibiana’s visions of Joan of Arc. Because her grandfather refused to name her, everyone refers to her by her birth order, Four-Girl—an ill-omened appellation. “Four” is a homophone for “death” in Chinese. Where Bao learns from China’s first emperor, a hero and a sage, Four-Girl learns from an old raccoon, which, incidentally makes me very happy. 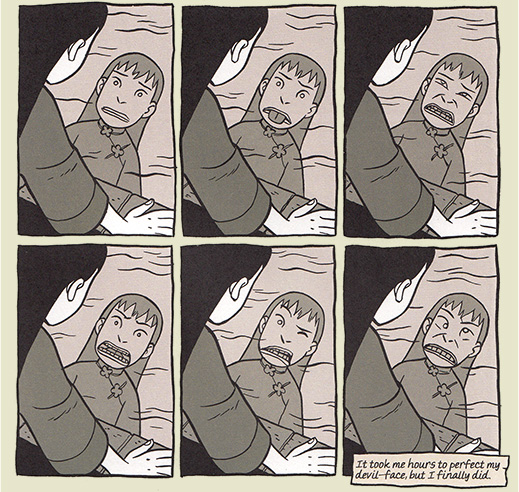 She decides to become a devil. She grimaces and crosses her eyes “to warn [others] that they were in the presence of evil. After all, being a devil does not excuse one from common courtesy” (14). Concerned, Four-Girl’s mother takes her to Dr. Won, an acupuncturist and Catholic. (This is when Bao first sees her). Four-Girl decides to embraces the religion of the foreign devils to become the greatest devil of all. Christian stories bore her, but she persists in asking Dr. Won about Christianity. One night, seeking Old Raccoon, she meets Joan of Arc. In fact, throughout Saints, Vibiana comes across Joan of Arc at different points in Joan’s own story. Ultimately, Four-Girl is baptized with a name, one she chooses herself, “Vibiana.” But even after her baptism, Vibiana is an unlikely saint. She is smart, imaginative, mischievous and not entirely certain what she wants to be.

Saints is about half the length of Boxers, but it is more intense and recontextualizes the events of Boxers. In a sense, Vibiana’s story undercuts the construction of history for me as well. Boxers uses dates to divide its sections, linking Bao’s life to history. Saints‘ uses Vibiana’s age for its chronology. Where Bao is part of a great movement, events out of history or Peking Opera, Vibiana is living her life as best she can. It’s easy to sympathize with Bao and his heroic world. Yang shows the Society massacring people in Boxers, but the story focuses on Bao’s unease around it, his sense of being out of his control in the face of Qin Shi-Huang’s demands that Bao abandon his scruples in order to save China, his guilt around killing women and children and his guilt at feeling guilty as adventure slowly bleeds into atrocity. Imposing the ideal on the real is relentlessly dangerous and messy. In Saints, we see the effects of his Society’s actions very clearly. We spend time with Vibiana, who cannot find a place in Bao’s world, even as she aspires to be a warrior maiden like Joan. As Bao becomes less certain about what he is doing, Vibiana becomes more certain. At first, Vibiana wants to be like Chung, her grandfather’s favorite. Then she wants to be a devil, then she wants to be married, then a warrior maiden. She is not called to Christianity. She only learns about it to become a better devil. It is only by the end that she finds her faith, not just in Christian teachings, but her faith about who she is and where she belongs

The reason Bao’s story seems so familiar from kung fu movies is that stories set in the late Ch’ing dynasty were ones that filmmakers in Hong Kong could tell about justice, virtue, corruption, occupation and oppression without being censored by British authorities. Kung fu movies, of course, are about all kinds of things, fun, for instance, or the experience of being caught between the United Kingdom and Communist China, but these stories also evoke a patriotic imagination that remembers The Boxer Rebellion as a stand against foreign humiliation*. In Boxers and Saints, Yang does not use this story to instill Chinese patriotism or Christian faith, both ways in which it has been used. Instead he helps us understand both the young man who becomes a member of the Society of the Righteous and Harmonious Fist and the young woman who embraces Christianity at the very time it could lead to her death. It’s a remarkable feat to find the people in such volatile history.

*Which is why the Chinese government has been supporting endless epics about the Warring States period and folk heroes like Ip Man and Chen Zhen.

Carol Borden would be sorely tempted to take the advice of a ragged old raccoon she met in the woods. It’s probably evident from her wild mixing of pinyin and Wade-Giles spellings of Chinese names in the above piece.  Sometime maybe she’ll write about Qin Shi-Huang and Jean D’Arc as Bao and Vibiana’s advisors.