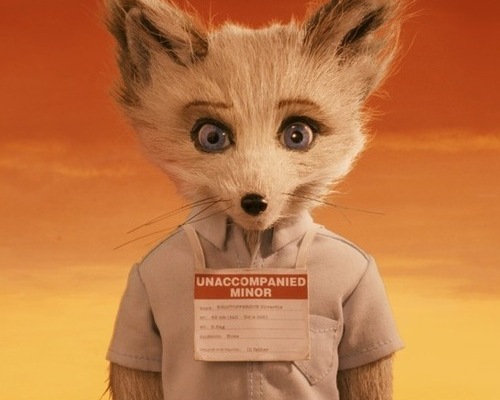 In the house I grew up in, at the front of the garage, there was a pair of boat supports on the wall. No boat, just the two long arms sticking out at roughly skull level so you had to manoeuver awkwardly underneath them to reach the cars. My father built them out of 2x4s at a point in time when he and my mother had plans to buy a sailboat. That was before they showed up at our front door dripping wet, having capsized during a sailing lesson on the reservoir behind our house and hitched a ride back to shore with some classmates. Our kitchen had an excellent view of their overturned boat, wedged mast-down in the mud at the end of the bay.

To my mind, those empty boat supports became a metaphor for the things you know in your heart of hearts you’re never going to do but you just can’t quite let go. Instead you bend and twist to fit around them so you don’t have to admit to yourself that you’re actually just not that guy. Sometimes you could never be that guy, and sometimes you can’t be without giving something else up so you have to choose. And sometimes that choice really sucks.

But how do you differentiate between an achievable dream and an unrealistic fantasy? It’s one of the central dilemmas in The Fantastic Mr. Fox, which I have seen many, many times

(minus the scary scenes with the villains, Boggis, Bunce and Bean). Mr. Fox is a stop-motion animated film based on a Roald Dahl story, directed by Wes Anderson and starring among others, George Clooney, Bill Murray and Meryl Streep. My son calls him Mr. Fantastic Fox, and I have a hard time thinking of him any other way now.

Mr Fantastic Fox gets tired of living in a hole and decides to move his family to a new house in a tree, despite his wife’s argument that foxes are supposed to live in holes. He chooses the location based on proximity to several notoriously dangerous farmers who he hopes to pilfer from, but keeps his plans secret because when he became a father he promised to give up thieving chickens for the safety of a career as a newspaper columnist. His best friend Kylie, who is a possum, seems untroubled by the juxtaposition of his animal and human natures, but Mr. Fox spins himself in circles trying to resolve the conflict.

Mr. Fox: Who am I, Kylie?
Kylie: Who how? What now?
Mr. Fox: Why a fox? Why not a horse, or a beetle, or a bald eagle? I’m saying this more as, like, existentialism, you know? Who am I? And how can a fox ever be happy without, you’ll forgive the expression, a chicken in its teeth?
Kylie: I don’t know what you’re talking about, but it sounds illegal.

All the animals are profoundly anthropomorphic. They dress in suits and have careers. They worry about their property value and how their kids are doing at whack-bat, which resembles cricket and is only slightly stranger than any other organized sport. They eat their meals off plates at the table, but they still devour their food like wild animals. Like people, they struggle to reconcile a desire to be civilized against the intense pull of instinct and emotion.

Mr. Fox loves rhetoric. He’s very persuasive with words, and both images of himself – the honest, reliable family man with the fancy tree house, and the reckless trickster who is true to his animal nature – have a hold on him. There are humans in the film and he’s clearly not quite human, but he greets the wild wolf they run across with a measure of awe and respect that makes it evident he’s never going to be wild either. He struggles with the question of what is simply in his nature and what he has the power to choose, what can be resisted or contained without putting happiness out of reach.

Felicity: Twelve fox years ago, you made a promise to me, while we were caged inside that fox trap. That if we survived, you would never steal another chicken, turkey, goose, duck, or a squab whatever they are, and I believed you. Why? Why did you lie to me?!
Mr. Fox: Because I’m a wild animal.
Felicity: You are also a husband and a father!
Mr. Fox: I’m trying to tell you the truth about myself.
Felicity: I don’t care about the truth about yourself. This story is too… predictable!
Mr. Fox: Predictable? Really? What happens in the end?
Felicity: In the end, we all die! Unless you change.

It seems like Mr. Fantastic Fox really thought he could be who Felicity was asking him to be – that he could step up and be a responsible father by completely disavowing part of his nature – but it wasn’t a realistic approach to the problem. There’s no easy way to balance those things, and I appreciate that the film doesn’t try to definitively resolve the conflict. After his misadventures and the ambivalent moment of solidarity with the wild wolf, Mr. Fox returns to living

underground in a kind of apartment complex with the other animals and finds a way to steal all their food from a supermarket, which is an interesting way of taking responsibility without going completely against the grain.

Speaking of against the grain, I’m an introvert and there’s this guy I work with who is really good at talking to people. It’s a talent, but as far as I can tell it’s also that he’s a genuinely nice, sunny, appealing person. His public presentations always leave me feeling a mixture of inspired and dispirited. On the one hand his facility with phrasing things and connecting with people is genuinely inspiring and I feel like I could learn a lot from watching him work, and on the other hand he’s basically what I always felt like I ought to be and honestly, I’m just not that guy. I’m never going to be that guy, and most of the time I’m ok with that. But when I watch him up there, being that guy, I discover that I never quite got over wishing for it.

He also has a boat story. His wife has a kayak that she never uses which sits on the floor in their garage, nestled between their cars. He jokes that every time he parks, he runs into it in the hopes that the hull will crack and she’ll be forced to get rid of it. At least I think it’s a joke, but maybe he really means it. I remember that every time I hit my head on those boat supports I wanted to rip them out of the wall with my bare hands.

When I’m being healthy about it, I realize that what I could really learn from watching him isn’t how to be like him personality-wise, which isn’t really realistic for me, but how to be like him in that he is someone who has clearly found something he’s good at that really suits him and seems to make him happy.

I’m sure it’s not as easy as he makes it look, because being human is fundamentally not easy. I’m also sure it’s a lot easier if you’re not tripping or ducking every time you have to go pick something up in the car.

alex MacFadyen is probably never going to buy a sailboat. Maybe a canoe…