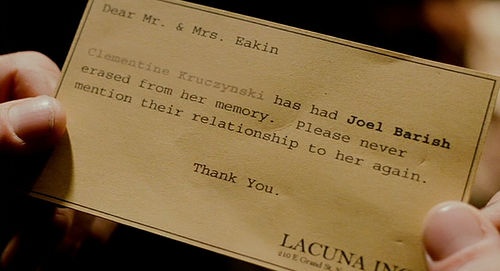 Time loops and the failures of memory

Memory is an unreliable narrator. It seems so absolutely sure of itself when it’s telling you things that it’s easy to forget it can’t wholly be trusted. There are always gaps and discrepancies, sections that get revised in light of subsequent events or reshaped to soften the sharpest […]

In the house I grew up in, at the front of the garage, there was a pair of boat supports on the wall. No boat, just the two long arms sticking out at roughly skull level so you had to manoeuver awkwardly underneath them to reach the cars. […]

Cracked presents 10 deleted scenes–with video clips–that would have ruined movies, from the very good, Alien, to the very bad, Revenge of the Sith.

Calling all True Believers, the Fantastic Four is on the air starring Bill Murray as the voice of Johnny Storm, the Human Torch.

“I’ll kiss anything that moves!”

I’m sure it’s happened to all of us at one time or another. You’ll be flipping channels and arrive on a TV broadcast of one of your favourite motion pictures, one where you know lots of the scripted dialogue by heart. Then suddenly, as if one of the […]