Bright spot theory and the science of the heart

My heart is like a toddler. It has very little concern for cause and effect and only a tenuous grasp on temporality. All sorts of things it really ought to know by now, it doesn’t appear to. I’ve had years to teach it better social behavior, but it’s basically still the kid jumping up and down in the back of the room, raising its hand so high it hurts, saying ‘I can do that!’ to crazy things I’m old enough to have learned it can’t promise. I don’t really believe it anymore, but I’m still entranced by what it wants me to see – the shiny possibility, the best ending to the story, the bright spot in a dark room.

That said, I acknowledge that there’s a critical difference between finding and following the positive in a situation and fooling yourself with blind optimism. Take Jack Skellington in Tim Burton’s The Nightmare Before Christmas. He wanders away from Halloween Town and stumbles into Christmas Town, where he falls in love with everything. He decides he wants to take the holiday over from Santa Claus for a year, to feel what it’s like to be the bringer of joy instead of fear. 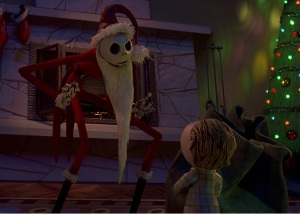 Of course he does it Halloween-style, arranging to have Santa kidnapped by the Oogie Boogie Man, and enlisting an array of confused vampires, werewolves and other beasties as freakish elves. ‘Cause nothing could possibly go wrong with that.

Jack is so enthralled with the beauty of his vision that even when he’s presented with omens of a future full of flames and doom, he confidently insists, “that’s not my Christmas!”  He’s rehearsed it a hundred times and there was never any need for a fire extinguisher. His heart believes it can bend the world to the shape of it’s own desire, and he nearly takes everyone down with him before he realizes that it doesn’t know what it’s talking about.

At one point he tries using science to dissect and understand the experience. He performs chemistry experiments on crushed ornaments and makes incisions in teddy bears, pulling the stuffing out with tweezers and examining it. Nothing he finds tells him anything he can use to make sense of what he’s feeling in his heart. He ends up standing in his make-shift laboratory, shaking a relentlessly happy-looking doll in his hand and saying “What does it mean? What does it mean?” He’s looking for the linchpin, but he has no idea what it looks like or what it actually does. 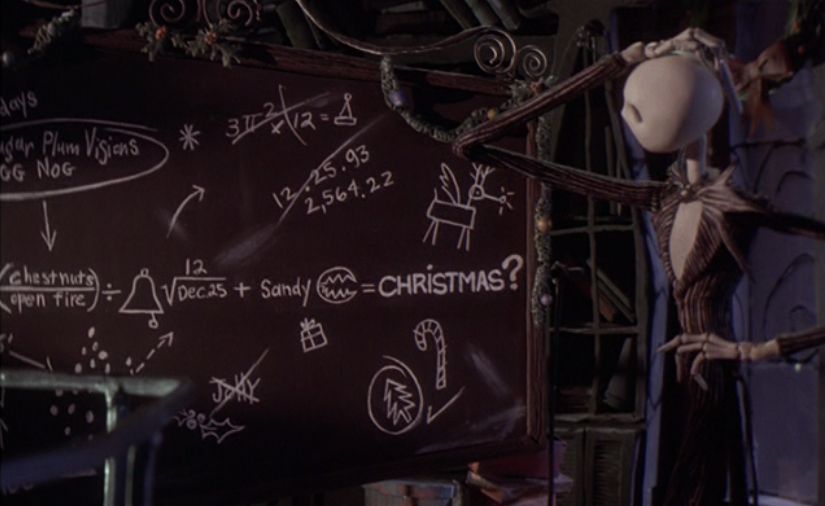 Instead of finding one small thing in his Halloween kingdom that still inspires him, Jack Skellington tries to fix his life by building an escapist fantasy around someone else’s holiday. It’s the difference between latching onto an improbable positive anomaly that leads you somewhere good, and getting sucked into something too good to be true, which leads you somewhere terrible. The first thing is a fascinating and revolutionary approach called “bright spot theory” or “positive deviance.” The second thing is a Christmas stocking that tries to eat you.

In their book Switch: How to Change Things When Change Is Hard, Chip and Dan Heath talk a lot about how one of the keys to change is looking for the thing that’s working and then testing it to find out why. Rather than focusing on trying to fix what’s wrong and stop yourself or other people from doing things that don’t work, it’s more effective to notice and understand what is working and create more of it. In other words, look for the bright spots.

The basis of positive deviance is the idea that it’s especially useful if you can find the positive anomaly – the one thing that looks like all the other things but for some reason is thriving when the rest aren’t. It’s a common ‘aha!’ moment in epidemiology-based narratives like stories about alien plagues or zombie apocalypses. ‘Why are some people not infected when everyone else is shambling around in search of brains? Oh, zombies hate cancer. Ok, is there anything that makes us taste bad without killing us?’ The key to survival is often in the anomalous success stories – the mutations or unorthodox practices that allow impossible recoveries or improbable escapes.

Bright spot theory is also an excellent approach to effecting social change, or just breaking undesirable habits. Finding the things you’re doing right and figuring out how to get yourself to do more of them is much more pleasant and likely to succeed than beating yourself up for all the things you’re doing wrong. The Heaths use teaching a monkey to skateboard as an example:

In the first hour of the first day of training, the future skateboarding monkey gets a chunk of mango for not freaking out when the trainer puts the board in his cage. Later he gets mango for touching the board, then sitting on it, then letting the trainer push him back and forth on it. Mango, mango, mango. Hundreds of hours later you’ve got a mango-bloated monkey ready to skate a half-pipe.

The point is that if we can find what we’re doing that works and reinforce that pattern, we can actually change things that seem insurmountable. It worked remarkably well for a small group of Save the Children members in Vietnam in the 90s, who pinpointed a manageable set of actions that could be undertaken locally by individuals across the country to dramatically reduce child malnutrition. It’s worked in countless B-movie narratives where some unexpected attribute allows the human race to escape extinction. It even has the potential to get people to stop doing profoundly annoying things without even pissing them off.

The trick is knowing what looks shiny because your heart wants it to be true, and what you can actually use to light your way.

alex MacFadyen suspects that the science of the heart can be summed up in the words of  Jack Skellington: “Interesting reaction… but what does it mean?”