I Am the American Cool, Suite 3: I Am Not America’s Nightmare

With the release of the third and final album in her “Metropolis” trilogy, Janelle Monáe was at a creative crossroads. Where do you go once you’ve finished the story that has defined your entire professional output? Who are you when you put your alter ego to bed? For Monáe, the answer was there, evolving through her music, as each subsequent album became more explicit in its thematic intentions. It was time, she said, to step out from behind the veil of Cindi Mayweather. She would come out. Come out as pansexual. Come out as a crusader for the outsiders, the oppressed, and the odd. Come out as a voice for womanhood, for minorities, for the LGBTQ community. Come out as Janelle Monáe.

Time passed, and though she kept busy, she was also taking her time with writing and recording a fourth album, the first not as Cindi Mayweather but as Janelle Monáe. In 2016, she took time out from music to star in two of the best films of the year, Moonlight and Hidden Figures, the story of the black, female engineers and mathematicians who played a crucial role in the success of the American space program. In 2017, she appeared in the Amazon series Philip K. Dick’s Electric Dreams, in the episode “Autofac.” The episode is about survivors in the post-apocalypse who find themselves combatting, of all things, a fully automated factory which, despite the end of the world, is still spewing out consumer goods and destroying what little remains of a livable environment. Monáe stars as Alice, the factory’s android hospitality unit who is dispatched when the rag-tag band of humans devise a plan to get the factory’s attention in an attempt to reason with it. “Autofac” explores a number of concepts that reoccurred throughout Philip K. Dick’s writing. This is, after all, the man who gave us Do Androids Dream of Electric Sheep, the book upon which Blade Runner was based.

There is, obviously, something ironic about an episode about a massive, unstoppable producer and shipper of consumer goods being produced by Amazon. The future is a confusing and sometimes contradictory place.

“Autofac” also shares more than a little with “Demon with a Glass Hand,” an episode of the original Outer Limits which, coincidentally, was shot in the Bradbury Building — the same Los Angeles location used for many of the scenes in Blade Runner. Written by Harlan Ellison, “Demon with a Glass Hand” tells the story of Trent, a man pursued by shadowy assassins and who has a computer in place of a hand. He is sent back from the future in an effort to protect humanity from being exterminated by alien invaders. Unfortunately, the time travel process is imprecise, and the computer attached to him that was meant to assist him in his mission is damaged, and his own memory is spotty. He’s also didn’t come through the time portal alone. Harried by killers from the future, he struggles to repair the computer and unravel the mystery of his mission and his own existence. It is, for me, the finest episode of the series. If you can’t find it, you can always listen to Cabaret Voltaire’s “Solenoid,” an industrial electronica epic from their 1992 album Plasticity that samples from and recreates the story of “Demon with a Glass Hand,” including its shocking final revelation…one not entirely unlike that of “Autofac.”

Science fiction isn’t just a trapping for Monáe. It’s a core influence and passion, as permanently integrated into her art as David Bowie, James Brown, and Prince. Monáe, “Demon with a Glass Hand,” and Philip Dick share a common bond in their use of science fiction and androids to explore questions of human existence. How real is real? When is the outsider, the artificial, the other as deserving of life as a “normal” human? Monáe would address these questions, and much more, in 2018. That summer, she completed work on and released her new album. Anyone who thought the science fiction of the previous albums would be shed along with the Cindi Mayweather persona wasn’t paying attention. When the album, Dirty Computer, dropped, it didn’t drop alone. It came with a full-on science fiction mini-movie to herald its arrival.

Pink is the Truth You Can’t Hide

Dirty Computer: An Emotion Picture is structured like The The’s groundbreaking 1987 movie Infected. Both of them take a series of music video and use a connective narrative device to weave them into a single experience. As she did in the “Metropolis” suite, Monáe sets her album in a dystopian future, this one styled after Brave New World, in which emotion is discouraged and aberrant. Those who exhibit emotions or a rebellious streak are deemed to be “dirty computers,” a designation that reminded me of Ana Lily Amirpour’s maligned but worthwhile film, The Bad Batch. Dirty computers a’re hunted down and brought in for re-education and, if need be, erasure. Obviously, Janelle is one of these dirty computers, and she’s brought in front of a technician (Thor: Ragnarok‘s Tessa Thompson — more on her later) to have her memories examined and, ultimately, erased. But Janelle, of course, is no push over, and during the process she manages to slowly turn the tables on her tormentors.

Each memory is a video for a track from the album. They vary in style — including one that boasts an overt reference/homage to Jodorowsky’s Holy Mountain — but they are united by a common cause: the promotion of acceptance, the championing of “the other,” and the celebration of everything that makes people unique. They are also united by a theme running throughout the songs: that it is tragic, lamentable, and deeply troublesome that non-white, non-male people are punished when they ask for even the most basic of rights afforded to and assumed by white men. “Crazy Classic Life” is a particularly painful exploration of the different ways things shake out depending on the shade of your skin. Monáe isn’t asking for anything particularly outrageous; the right to be silly, to get into shenanigans, to have the same traditional American upbringing as everyone else. But where the occasional transgression against authority gets you a mild, sometimes even amused, rebuke if you are white, it gets you thrown in prison — or killed — if you are black. 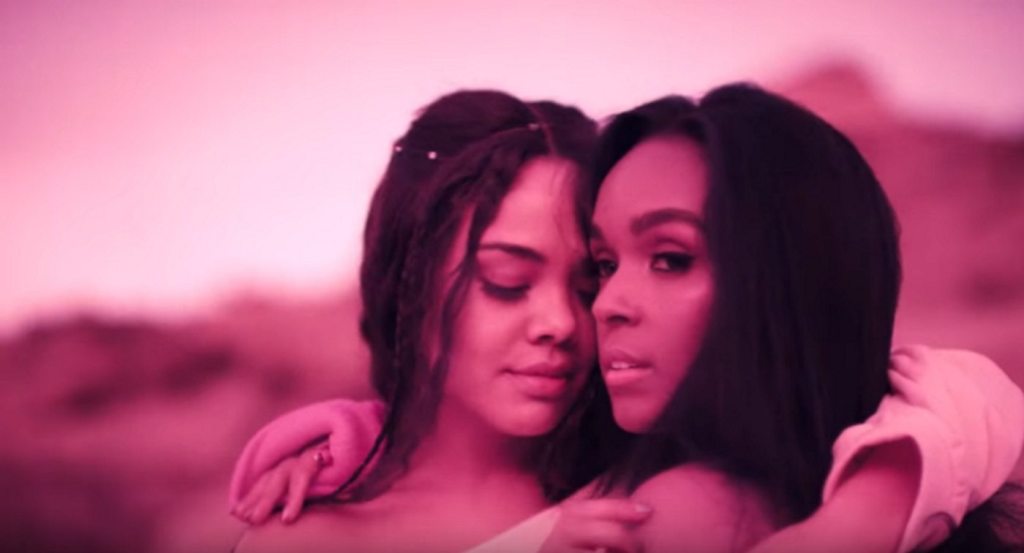 Upon release, by far the most talked-about segment was “Pynk,” featuring Monáe, Tessa Thompson, and a chorus of fellow women wearing pantaloons of a rather striking design. The video sparked a lot of talk about the relationship between Monáe and Thompson, and eventually Monáe announced that, yes indeed, they were in love. Thompson was more shy about coming out, citing her tendency to be more of a private person, but she too spoke out, echoing the sentiment of Monáe and Dirty Computer as a whole: that you should not feel alone. That if her coming out in public fashion makes it easier for someone else having a hard time of it, then it was worth doing. Dirty computers like Janelle, like Tessa, should not be ashamed. They should celebrate what makes them different, and the differences that bind everyone together. And if you feel alone, if if you feel attacked, then know that Tessa and Janelle have your back.

The album ends with “American,” and there’s no better song to sing in the face of Trump’s America, Brexit, and the grim, fearful little men and women who would turn us against each other and turn the clock back to less enlightened, less interesting era. The song plays out as a point-counterpoint and reassures, in the end, that as dark as it may seem, the devil is a liar. The dirty computers will eventually win. Janelle Monáe, for example, recently launched Wondaland Pictures in partnership with Universal, to produce and promote films my marginalized populations. Tessa Thompson’s Valkyrie survived Thanos’ snap. We stumble, and sometimes we stagger backward, but in the end, we lurch forward, even if it’s painful and seems hopeless at times.

Just let me live my life 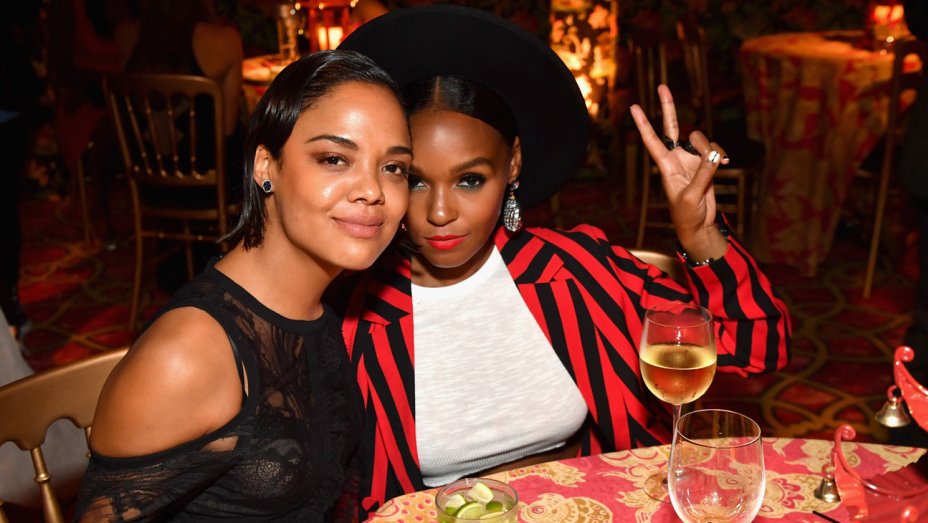 Seriously, if you have a problem with this being America, we got nothing else to talk about.