Elaan may be the most fantastic and under-appreciated movie of 1971. It’s exactly the kind of film I live in fear of running out of someday: loony, exuberant, stylish, exciting, and fun. It might not exactly count as an example of standard Hindi cinema mix of action, comedy, […] 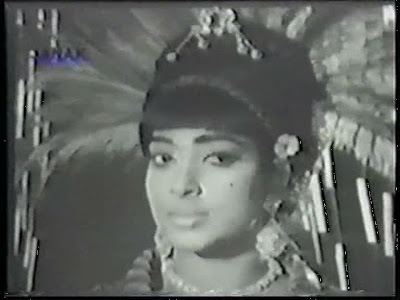 James Bond 777: Come for the Espionage, Stay for the Pompadours!

It’s hard to write about this movie. Attempts are usually defeated by a combination of dissolving into squees, dance breaks, and the weird contradiction of knowing absolutely nothing about it while simultaneously notating an ever-growing list of why it’s so good. In brief, James Bond 777 (1971, directed […]

Bombay Talkies, released in 2013 to mark the centennial of Indian feature filmmaking, is not just another film about the film industry. This anthology project keeps its focus on the power of cinema for audiences. The four contributing directors represent different vibes, maybe even genres,  within the current […]

If you like alien princesses, dance routines in bike shorts, and murder by picnic baskets, this is the film for you! The late 1980s and early 1990s were a terrible time in Hindi cinema. The explanation I’ve heard is that more and more people owned VCRs and bought […]

Eega: There’s a Fly in My Revenge Drama!

“Boy meets girl, boy chases after girl, girl says no, boy keeps pursuing girl, boy might get to save girl from villain, and girl eventually says yes” is a ubiquitous plot in mainstream Indian cinema. Even when the hero isn’t twice the age of his love object, it’s […]

It Happened One Night Somewhere in Bengal: Chaowa Pawa

I’d like to introduce you to one of India’s greatest movie superstars. Active from around 1950 to 1980, Uttam Kumar is still the biggest name in the popular cinema made in Calcutta. The term “matinee idol” doesn’t imply enough scope or staying power  to describe his career, and […]