A Very Scary Decemberween Carol for Another Xmas

Whatever’s decorating your personal Starbucks holiday cup, the Christmas we share in these latitudes, in this century is both natively dark and bright, set deep in the shadow of the winter solstice amid frost rime, string lights, and that one terrible Paul McCartney song that somehow gets played […]

“The Return of Captain Invincible”

At Teleport City, friend of the Gutter Todd Stadtman writes about Christopher Lee, Alan Arkin and Philippe Mora’s The Return of Captain Invincible. “It also has to be said that the novelty and humor of Venerated Horror Icon Christopher Lee™ performing rousing musical numbers while doing jazz hands […]

Christopher Lee has released a promotional video for his latest album, Darkest Carols, Faithful Sing.  You should probably watch everything at Charlemagne Productions. 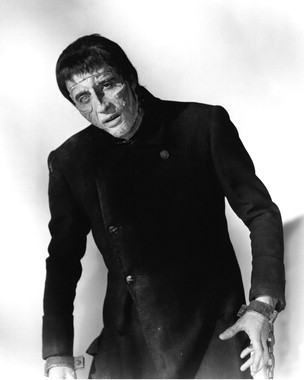 The Monster in Me

I’ve been spending a portion of my wee small hours (normally spent standing under a solitary street lamp on a lonely street, staring in melancholy reverie at my cigarette) revisiting old horror films. As a budding cult film obsessive, I cut my teeth on the horror films of […]

Christopher Lee is the King of Metal

Christopher Lee conquers Symphonic Metal. Survey his Holy Metal Empire with two promos for Charlemagne, a message from Christopher Lee about the project and some track teasers.