From the personal blog of John H. Watson comes the Case of the Geek Interpreter.

Page 152 from Francis Ford Coppola’s marked up copy of Mario Puzo’s novel, The Godfather.  The Atlantic has kindly provided a link to the relevant scene from the film. I can’t help noticing that Coppola takes notes with a ruler. 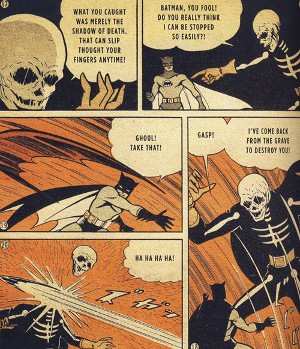 The Projection Booth targets John Woo’s The Killer and its legacy, including an interview with Kenneth Hall, writer of John Woo: The Films.