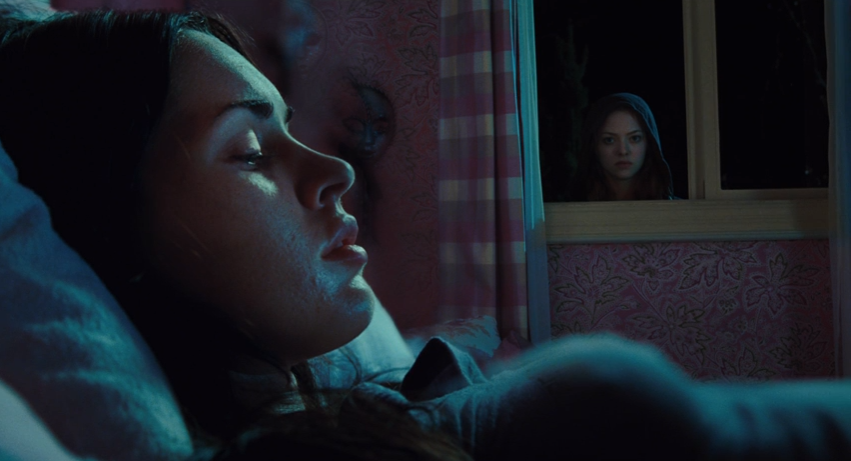 Horror Editor Angela Englert is on assignment tampering in God’s Domain. She will be back with her Switcheroo Month article next week!  She will bring Switcheroo Month into April. Where is your God now?! ~~~ Understand this: I love Jennifer’s Body (2009) and I can’t honestly think of […]

This month’s Guest Star is the excellent Kaitlin Tremblay. Content Warning: self-harm, emotional abuse My roommate and I are obnoxious in the way that only best friends who live together can be. We have more inside jokes than books we’ve read (and as two girls who work in […]

Female Friendship and the Slenderman Stabbing

“[The Slenderman Stabbing] appears to echo patterns of behavior—belief in culturally-supported fantasies, tightly-cathected bonds between young women, an intensity of connection that has occasionally led to violence—that have occurred repeatedly, in various forms, throughout history and around the world. And they happen outside the heterosexual framework we use to understand […]

You’ve Got A Friend

My grade one teacher hung up a lot of art in our classroom. Some pieces were temporary: the cartoon ghosts at Hallowe’en; the fold-out bells at Christmas; the uneven hearts we made for Valentine’s Day. Others were framed and permanent, like the giant map of mostly Canada (the […]

[In April, the Guttersnipes like to mix it up a little.  This month, Romance editor Chris Szego writes about anime] Only those with excellent social standing and those from filthy rich families are lucky enough to spend their time here in the elite private school, Ouran Academy.  The […]

“He wanted to reflect on his world of chivalry”

A complete, online documentary about legendary film maker, Chang Cheh. Thanks to the ladies of the Heroic Sisterhood for reminding us that Feb. 10 would’ve been his 90th birthday. “He liked all actors, but he liked the naught ones more, especially the ones who didn’t listen to him.”