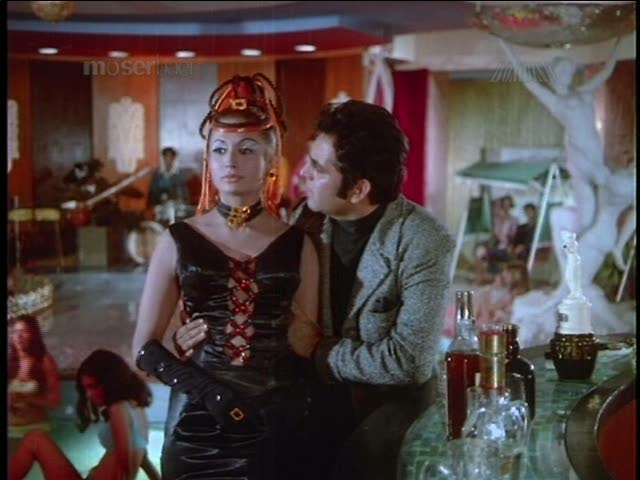 Lifestyles of the Rich and Evil: the Villain Lairs of Vintage Bollywood

Like George Costanza, I’ve often wanted to pretend to be an architect, and an offshoot of this dream is to do some kind of major study of the architecture of evil spaces in  Hindi movies. The most distinctive visual marker—physical manifestation, even—of evil in Bollywood is the villain […]

The Many Faces of Ra.One

Mainstream Hindi cinema doesn’t particularly gravitate towards making superhero films. It hardly needs to, given what physical feats the average film hero can pull off anyway. But like many parts of the world, Indian audiences certainly have a taste for American-style superhero films, so home-grown characters pop up, […]