Things That Go Bump In The Night

Given the timing of this column, and its proximity to Halloween, it seemed logical to write about the spooky side of Romance.  But it was a little harder than I thought to put together a reading list.  I wanted to concentrate on books that are Romances first (ie: not Urban Fantasies) that are nonetheless well-flavoured with woo-woo.

Woo-woo, I found;  spooky was tough.  Going through books I was reminded that Romances contain a lot of scary things.  Like being stuck in a job that traps and stifles you.  Or sinking into debt.  Learning how to grow past the scars of abuse.  Losing your partner, or parents, or children.  Even facing the giant chasm of loneliness to reach out emotionally for the first time.  These are all damn frightening things; they just happen to ordinary people every day.  But Halloween isn’t about the everyday:  it’s about the extraordinary possibilities when the boundaries between the worldly and the uncanny blur.

My other caveat was, of course, that the books contain only a frisson of the uncanny and not much more.  As previously mentioned, I am a full-on fraidy cat.  So what follows is a partial list of some of the ghosties and ghoulies that can be found in today’s Romances.  Any suggestions are welcome.

Witches   Decades ago, there was a sort of unwritten rule that magic and the supernatural were considered off-limits within the confines of the category novel. During that time, Nora Roberts wrote a couple of linked time-travel categories, then in the early 90s delivered  a trilogy from Silhouette that featured three cousins who were witches.  In other words, in this, as with so many other subsections of Romance, Nora Robert re-wrote the rules for everyone.

Roberts returns to magic and witchery periodically.  My favourite of her many outings is her Three Sisters Island trilogy.  Not only are the books

individually satisfying, but they also build on one another.   Each heroine has her own powers and her own secrets: together, they are part of something older and greater than they understand.  Not that they always understand much of anything. In fact Nell, from Dance Upon the Air, has no idea magic is in her blood;  she comes to the island trying only to escape the dangers of her past.  Ripley, heroine of Heaven and Earth, is practical and forceful, and has little inclination to pursue the fancies of her childhood.  Only Mia, from the final book Face the Fire, has fully accepted her magic, and has worked with it all her life.

One of Roberts’ quirks is that her magic generally rhymes.  Yes, really.  I find the rhyming spells quaint, occasionally funny, and sometimes annoying.  Your mileage may vary.  Other books with witches and/or general magic:  The Unfortunate Miss Fortunes, a contemporary collective novel by Jennifer Crusie, Eileen Dreyer and Anne Stuart; Rainshadow Road, by Lisa Kleypas; and for those who prefer historicals, The Truelove Bride, by Shana Abe.

Ghosts  This subsection belongs to Anne Stuart.  To my mind, she is the queen of the modern gothic, except that her putative attics often contain actual ghosts (if not always madwomen).  Stuart’s heroes are perfect ghost material:  they occupy the grey territory full of dangerous edges and are often just this close to being unsalvageable.  But they’re never quite bad enough to cross that line for good.

One More Valentine is a ghost story with a kick.  James Sheridan Rafferty is in town for forty-eight hours, and he has a lot to do.  First, he needs to convince Assistant State Attorney Helen Emerson to give a desperate young man a second chance. Then he needs to cram in an entire year’s worth of living into two days.  Because Rafferty died in the Saint Valentine’s Day massacre decades before.  He spends most of his days in a misty limbo. He returns to the city on that morbid anniversary, unchanged, a real Chicago gangster in an increasingly modern world.  But this year, Helen may give him a reason to want to stay.

I loved this book, for the twenties feel, for the (very) reluctant hero, for the sense that one can, in fact, learn important lessons before it’s too late. Other ghost stories of note include An Angel for the Earl, by Barbara Metzger; Death Angel, by Linda Howard (the main character may not be a ghost, exactly, but she does come back from the dead); and Stuart’s own Falling Angel.

There’s also Maybe This Time, by Jennifer Crusie, which  is really more of a haunted house story.  Okay, yes, the house is haunted by ghosts, but the physical structure of the house is key.  The book is also sort of The Turn of the Screw fan fiction, which makes it twice as much fun, if you ever had to sit through that book at school.

Demons  Wild Ride, by Jennifer Crusie and Bob Mayer, is set in a small amusement park named Dreamland.  When Mary Alice Brannigan (called Mab) is hired to restore the park, she has no idea the park’s real purpose is to imprison five powerful — and dangerous — demons.  Of course, they begin to escape one by one.  Zaniness ensues.  Ethan Wayne, who grew up in the park, joins Mab in the attempt to recapture them. Interestingly, he’s not the hero.  Well, he’s the main male protagonist — he’s just not Mab’s hero.  Makes for quite a different sort of Romance.  Hijinks in the amusement park, but it’s much less Scooby-Doo (and more apocalyptic) than it sounds. 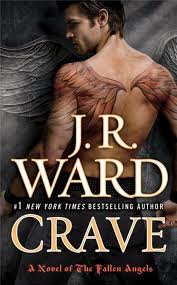 J.R. Ward’s Fallen Angel series is also about demons (and angels, which can be almost as scary).  Each book in the series has a new heroine and hero, but the linking story is about Jim Heron, who was chosen as champion by both heaven and hell… which gives you some idea of both his past, and what he’s capable of in the future.

Mermaids  Deborah Smith’s Alice at Heart was the first book I bought online (and only because at the time it wasn’t available any other way). Alice Riley has always been different, and in a small southern town, ‘different’ means ‘despised’.  One of her differences is her ability to swim for hours, without needing to breathe.  She doesn’t realize that this points to a supernatural heritage, until three half-sisters that she didn’t know existed invite her to the family’s anscestral home off the Georgia coast.  When she gets there, she is dazzled by the warmth, comfort and luxury she finds… and also the revelation that she’s a mermaid.  Or at least, is descended from the more classic form of mermaid.   There on the island, Alice meets Griffin, another long-lost mermaid child who doesn’t understand his heritage.

I enjoyed all the watery mythology, but what made this book so wonderful was all the healing that goes on in it.  Alice, Griffin, her sisters, their friends:  so many of them were stuck in old and painful patterns until Alice’s arrival gave them a chance to try a new direction.  Wonderful stuff.

Vampires  Too many to count.  Seriously.

Despite being the world’s most easily scared bookseller, Chris Szego loves Halloween. 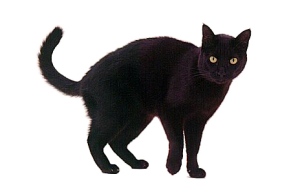